Created for a challenge organised by Ravie.co, an animation and motion design brand agency, me and 3 other motion designers: Créé pour un défi lancé par une compagnie de motion design américaine, moi et 3 autres motion designers: Imsety Taylor, Sam Essanoussi et Tilen Mourier were tasked with creating an animation with the prompt "Glint". During the 10 days allocated to the challenge, we conceptualized, created a storyboard, created an animation, created an original soundtrack for the entry and did sound design for the final product. Sam did the first stunning and shiny glass animation plus the glowing sphere at the end. Imsety produced the original soundtrack did the second intergalactic 3D space part. I did the warm revolving animation and the sound design. Tilen did the fourth purple adventurous part and the magnificent final hand animation! We used Cinema4D, After Effects and Photoshop to create the whole animation.

At the start, it wasn't totally clear what we were going to create given the prompt "Glint". We thus decided to brainstorm multiple avenues and words similar to glint to more clearly form ourselves a path where we were going. We then chose multiple paths to go to create each part of the animation, and culminating to one big final glint. We then created a moodboard to visualize our concepts and to chose a creative direction for each of our parts. 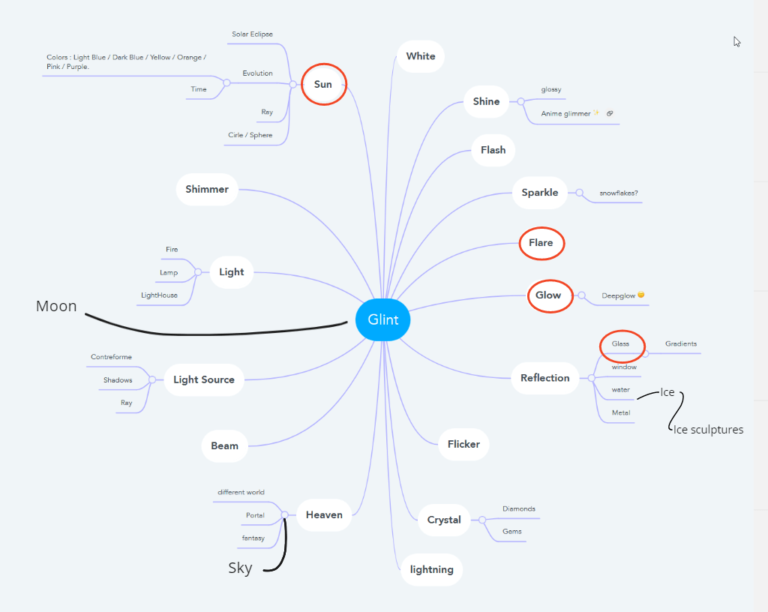 We then created a storyboard to plan out the animation. 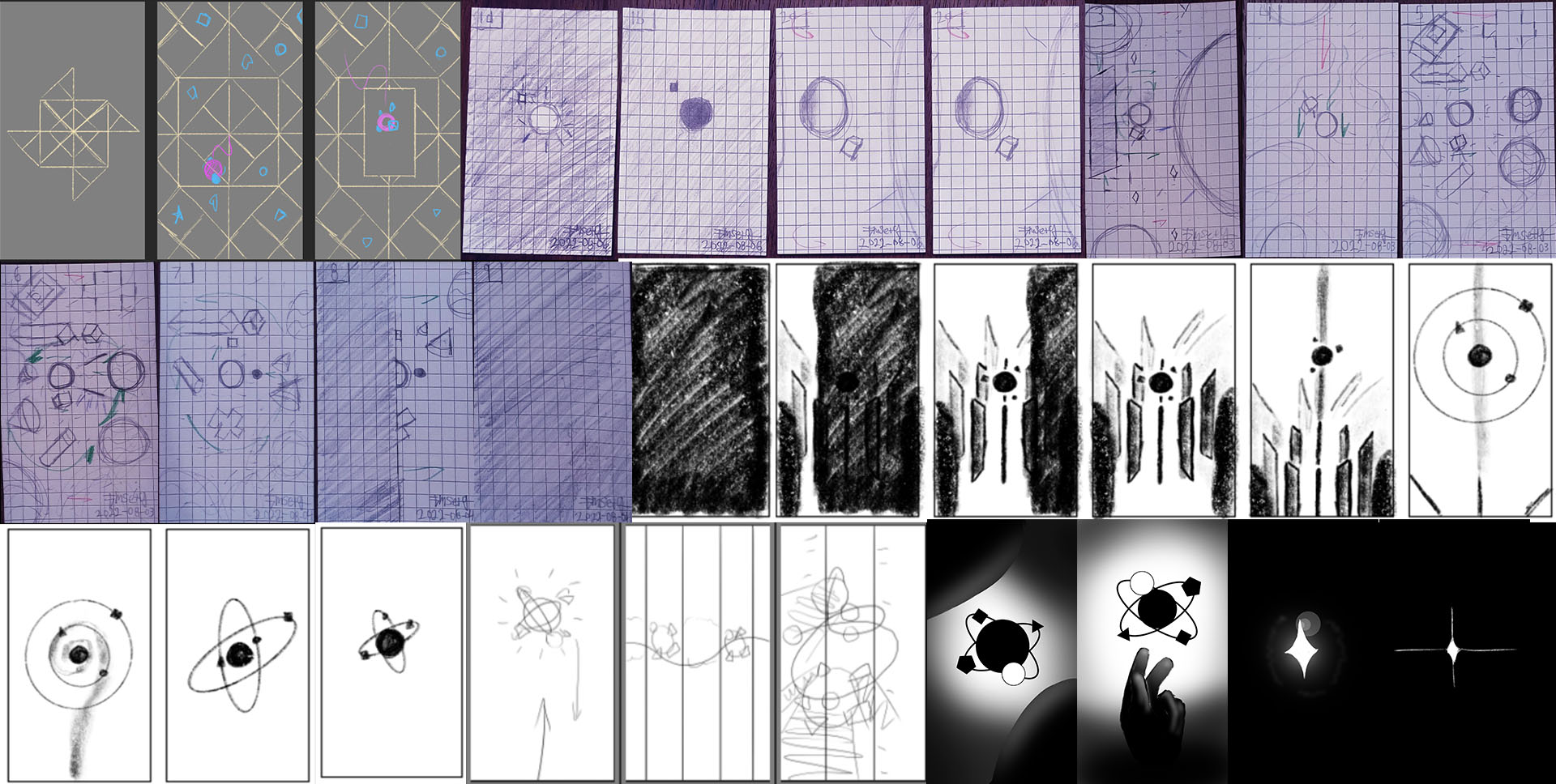 After the final sketches were done, we created styleframes: static images to visualize how the final animation is going to look like. 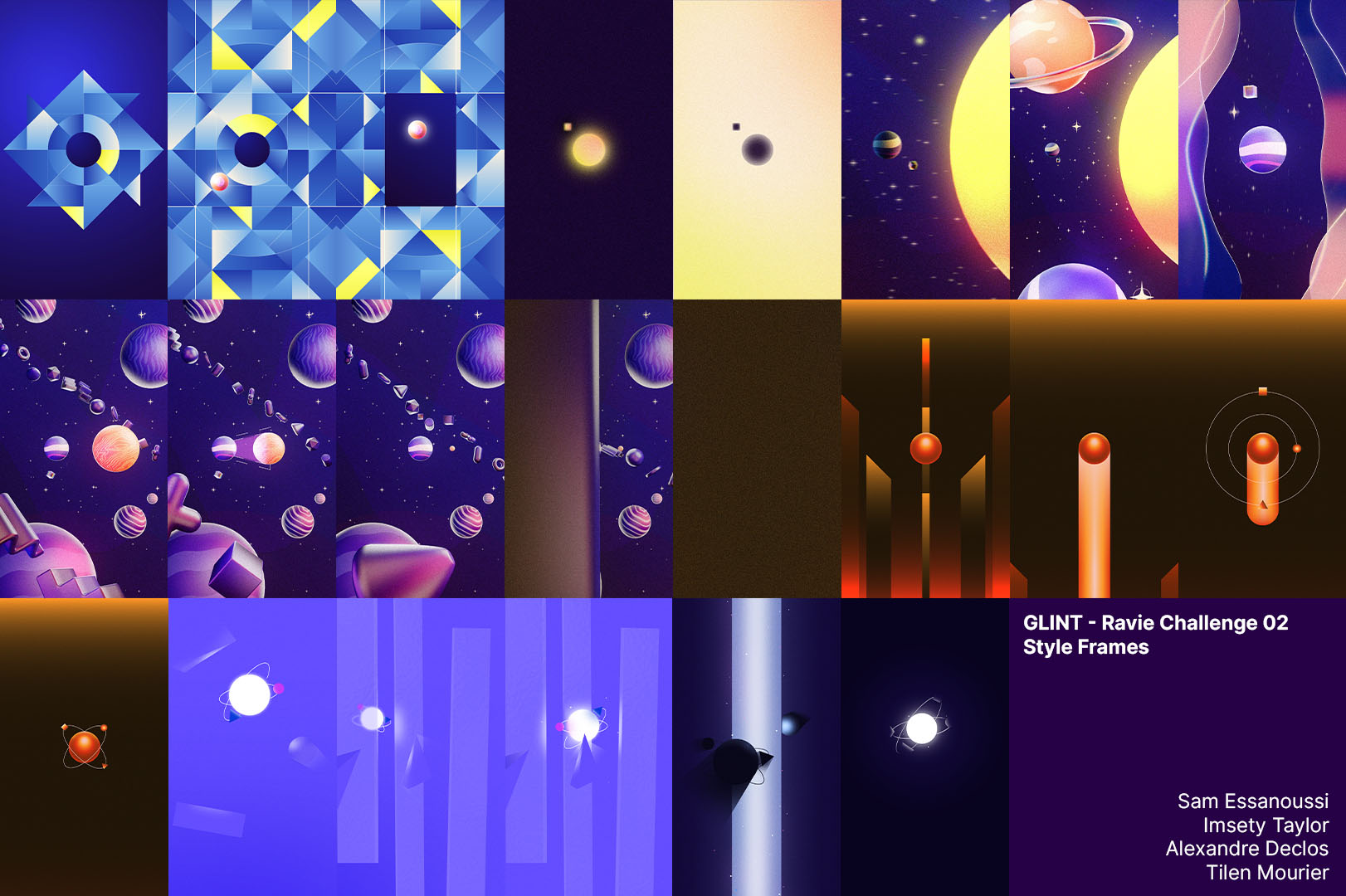 We then finally animated it all through the 10 days of the challenge to eventually arrive at the final product shown at the top of the page A more detailed explaination behind the animation and breakdown are potentially going to be posted on my Behance in the near future. I will update this page if this is the case.